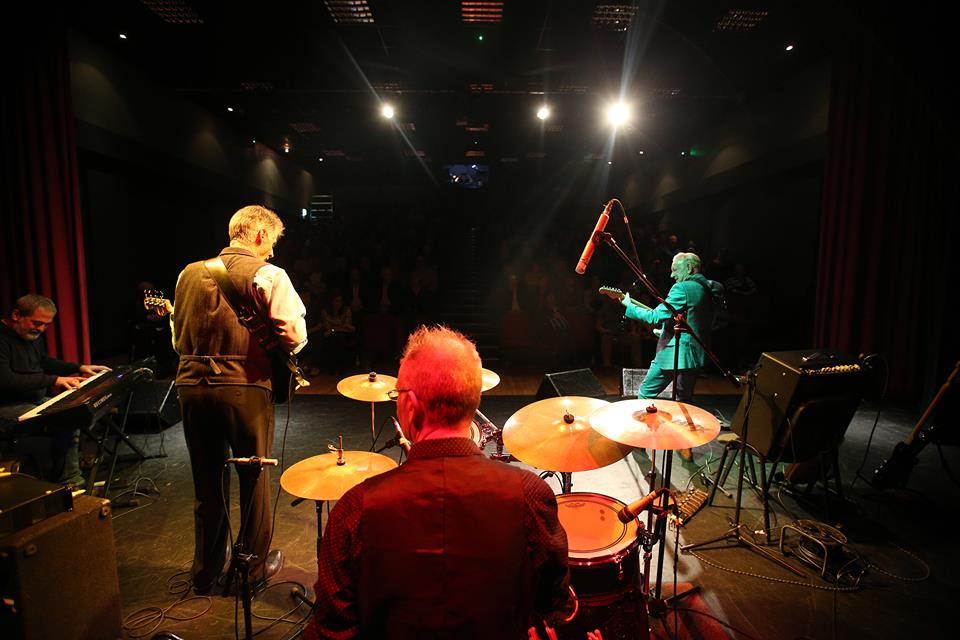 Born and bred in Dublin, Don Baker first learnt to play harmonica as a young lad in hospital recovering from a bout of TB. While convalescing, unable to go out like the other boys of his age, he immersed himself in The Blues and most especially Blues Harmonica listening to the recordings Sonny Boy Williamson and Howlin’ Wolf. Fifty years on and Don is still immersed, still listening, still performing to the songs of Blues legends and adding to the Blues canon with songs and compositions of his own as he developed his talent from musician to gifted songwriter in his own right. Indeed his songs have been recorded by scores of other artists including Sinead O’Connor, Charlie McCoy, Finbar Furey, Declan O’Rourke and LiamO’Maonlaoi. He has released fifteen albums and shared stages with Tom Jones, Sinead O’Connor and Van Morrison.

As an actor Don played opposite three-time Oscar Winner Daniel Day-Lewis in “In the Name of the Father” and in “Mia, Liebe meines Lebens” opposite Claudia Cardinale, while on television he portrayed gangster Thomas Flynn in RTÉ’s “Fair City”.But it is while performing on stage, back immersed in The Blues that Bono’s favourite harmonica player really comes to life. Don is first and foremost a true entertainer.

As Bono was about to play harmonica at U2 stadium gig in the USA he paused and said, “The greatest harmonica player in the world lives in Dublin and his name is Don Baker.” Bono

“You can hear Don’s hand on the guitar, the feeling coming from his voice. He’s a brilliant performer and what a great songwriter.”
Finbar Furey – Irish Times 2014

“You can hear the gritty emotion in his playing, it isn’t phoned in, it is felt,
experienced”  Barry Egan – Sunday Independent 2016